THE MERCENARY IS OUT~!

At last the day has finally arrived. I am proud to present the re-release of THE MERCENARY (Therian Secrets - book 1) It has a gorgeous new cover, fresh interior polish and a substantially lower price than the first edition. The ebook is only $0.99!!!

Here is a sneak peak at the cover and synopsis, and the buying links follow below. 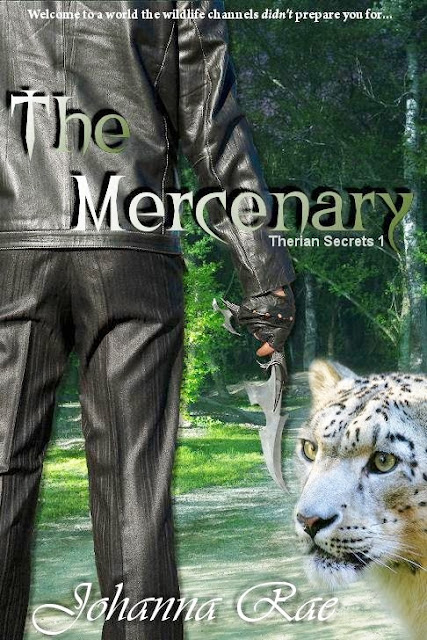 When twenty-three-year-old Jodie Fletcher realizes shape-shifters are real—and that they’re trying to kill her—she finds herself thrust into a life of danger and unimaginable intrigue. With both parents away, and her newly-single alcoholic brother Luke camped in the spare bedroom, Jodie feels like she’s drowning in a world she doesn’t understand. The only thing she can count on is the leopard who has taken it upon himself to protect her. She cannot ignore the raw emotion he awakens in her and longs for more. The leopard becomes not only her savior, but her escape.

Mysterious and unpredictable, leopard shifter Danny Archer hides behind his dimpled smile and pretty boy façade. What’s more, he has a second job the human population doesn’t know about—the one that leads him to Jodie and Luke. Archer feels an instant connection with Jodie, and must find a way to balance his volatile lifestyle to include her.

Luke Fletcher became an alcoholic long before his wife left him. Now he faces the brutal reality that the past has caught up with him. He made a series of bad choices while under the influence, which have placed his sister and his two young daughters in danger. Luke must try to find the man he used to be in order to survive the chaos he’s inflicted. He knows he won’t be able to live with himself if anything happens to his family.