I'm proud to support the cover reveal for a very dear author friend of mine. Presenting TIMELESS SURRENDER, Book 3 of New Camelot, by Torie James. I adore this series, and I know you will too. If you're new to her work, you still have time to check out the first two books, Timeless Night, and Timeless Desire, before this new hottie hits the shelves.
History branded him a coward. Prophecy labeled her his destruction. Some legends are born of lies. Others begin when the lies end. And not everything remains myth...
If you could live forever, what would you choose to live for? I chose power.
Born of darkness and raised on revenge, Mordred Lothian spent an eternity fighting for the honor of a woman who had none. Free of her hatred, his only goal is to pick up the pieces of betrayal and attempt to forge a new life in a world that never wanted him. Raised by one of Hollywood's most scandalous actresses, Jenalyn Rhodes knows true illusion begins when the end credits roll. Damaged by the one person who should have protected her most, she is determined to have no master and only one mistress: Herself. Thrown together to stop an ancient evil hell bent on vengeance, can the sacrifice of one be the salvation of the other?
You've loved through the Night. You've burned with Desire. This summer, prepare to Surrender.
Without further ado, here is the gorgeous new cover, by Victoria Miller. 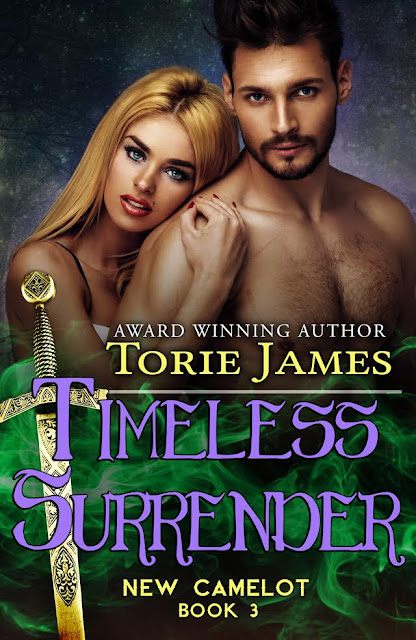