Sisterhood of the Travelling Blog - Round Three

Hi and welcome to round three of the Sisterhood of the Travelling Blog! Today I  would like to introduce you to author Stacy Moran. She would like to share with you the world of Blood Myth that she's created. I don't know about you but I'm already intrigued! This week you can find my blog entry at A.L. Kessler's blog and links to all the blogs will be at the bottom of this entry. 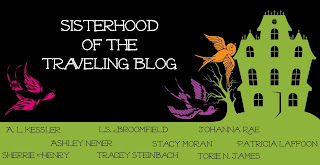 In the heart of the Moldoveanu Region there is a world hidden from mankind, a world of myths and legends. A war is going on between two races the Misr and the Rau are his creation.

The history of the Misr and Rau began in Egypt over a thousand years ago, when Angra became infatuated with a sorceress named Baset. He whisked her away and made her his consort. The two thrived on playing games with one another. Baset beat Angra, descendants birthed from her would be stronger than anything he could create.

The Misr are a line of the most powerful witches alive, descended from Angra and Baset. Despite their blood line they are dedicated to protecting the innocents from the forces of evil lurking.

The Rau are Angra’s evil creation. A evil prophecy destines the Rau to destroy the Misr and gain the power to take over the world, handing it to their creator Angra.

The foul smell of rotting flesh filled the air. Lilith knew she was close to the Rau Coven. She veered right toward a fallen tree. The Misr Witch stopped quickly when Takat Rau stepped out from behind a large bolder covered in moss.

He was tall with dark hair, very handsome, his shoulders wide and his eyes bright blue. Even in the dark of the forest she could see his cobalt eyes. Lilith lifted her head and scanned the area. To ensure Takat was alone. Satisfied, she did not feel any other beings in the area. Her voice was warm, musical when she asked.  “All your friends abandon you, Rau?”

He opened his arms wide and smiled at Lilith. “I was expecting you, Misr. I wanted some alone time with you. After all you did go to a lot of trouble to find my lair. The least I could do is to give you a private, personal tour.”

“I will pass on the tour. I have other plans, no time for games. The woman you slaughtered earlier tonight, she will be your last victim.” Lilith pulled her sword from its sheath and launched her attack. The sword sliced through the air toward his neck. Takat dissolved into mist, sailing away from her. She hissed into the black night. “I should have known you would act like a little girl.” She turned around to see him materialize a few feet from her. “You’re a Rau for gods’ sake. Evil, scary, terrifying and you’re afraid of a Misr witch.” Lilith continued to goad him. She needed him distracted by her words so she could attack.

Takat sneered; his blue eyes now a feral red. “Stupid bitch, you go too far. I don’t care what my father’s plans are. I’m going to kill you, tonight.”

She smirked at him. “Oh, you can think for yourself. I’m impressed you’re not just a puppet to your father or older brother.” Lilith leapt forward, going on the offensive, flying straight toward Takat’s chest with her sword guiding her way.

Seconds after she moved a branch slammed to the ground exactly where she’d been standing. The Rau parried the sword away with a sweep of his hand. He was enormously strong and the contact sent vibrations up and down her arm. For a moment she could not feel or move her body and her sword slipped from her hand.

Wind rushed over her, wings beat strongly above her head and talons materialized out of the sky. A large owl was aiming straight for her eyes. Lilith forced her body to move. She dropped to the ground; the bird flew inches from her head. She came up on one knee, inwardly she cursed, Angra. “You had to give them the ability to control animals too, grandfather?”  She looked to her right and then left, her eyes scanned the area for the owl.

She kept on the move, Lilith swept down to retrieve her sword. She moved quickly and raced toward him. Lilith lunged forward only to be met with Takat’s sword. Takat sneered, his large sword clashed against Lilith’s. “Now let’s play little girl.”

Their swords clanked against each other. Takat attempted to shift to his demon form, causing his sword to slip from his contorting hands. She took advantage of his distracted state and drove her blade into his chest, deep into his heart and leapt away. She waited. Takat heaved his partial changed claws weakly reaching for the sword.

“Die already! Gods the least you could do is die quickly.”  Lilith sighed. She continued to taunt Takat, but she was still on high alert. She knew this would not end so easily.

Takat hissed at her, his large semi- distorted hands grasped the sword and pulled. It flung swiftly toward her neck. Lilith barely jumped out of the way, the sword whistling by her. She shrugged and grinned at Takat. “Awe, so you are not done playing?  Is the youngest Rau trying to make daddy proud? “She knew is she continued to make him angry he would make mistakes and she could finally finish the Rau.

“I’m going to kill you,” he snapped, at her. He finished his transformation into his demon form morphing to twice his size. “You will not escape, Misr.”

Lilith rolled her eyes and complained, though she was intimidated by his size. “You take all the fun out of fighting. You had to go and make yourself a demon. ”

Takat hissed and lunged forward. “You need to learn respect bitch.”  His claws raked across her neck and down her chest.

Lilith had been prepared for his attack, she could sense his plans. She rammed a blade she had hidden in her sleeve into his stomach. The pain and shock from the stabbing, caused Takat to double over, giving her opportunity to drop to the ground, somersault over the mossy forest floor and grab her sword. The moment Takat turned and came at her, she swung the sword. The metal blade made contact with his throat, slicing through. His head dropped to the ground followed by his body.

Lilith heard the howls in the distance. She knew it was more Rau. If she stayed, she risked death. Takat had weakened her body and she could not survive another fight tonight. She tilted her head back to the sky, whispered. “Now there is one less Rau, grandfather.” With a wave of her hand, her body disappeared. 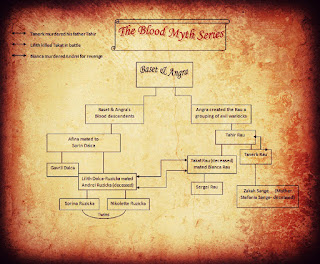 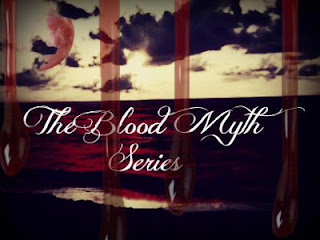