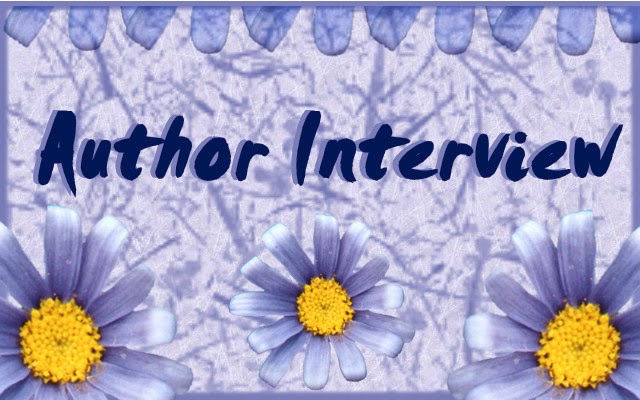 This week we have the lovely Michelle Irwin to the blog.
Give her a warm welcome!

Yes and no. In high school, I loved English and always had my nose in a book reading or writing. I especially loved writing poems and song lyrics. When I left high school and joined the ‘real world’ that passion was largely supressed by university study and my day job. About three years ago, as I closed in on the end of my many years of study, I was finally able to reconnect to that love and since then I have never looked back.

22.    Does what you read influence what you write and what are some of your favourite authors/books?

Favourite authors and books are fairly varied, again because of my eclectic tastes. Above all else, I love Lord of the Rings and the Hobbit. I adored Harry Potter and fell in love with Twilight. An author which I know will always give me a good, entertaining ride is Harlan Coben.

33.    What are your biggest inspirations?

I love trying to find twists on old stories or new ways for people to fall in love. So far the creatures I’ve used in my paranormal stories are not the usual shifters or vampires (not that there’s anything wrong with a good vamp or wolf story).

In terms of what can inspire a story, it can be anything from a conversation, an episode of a TV show, or even a song. With my current series, it all started from the song “Cat and Mouse” by Red Jumpsuit Apparatus and a brief thought during a re-watch of an early season of Supernatural, but as I wrote the first book the story shifted significantly away from the rough outline I had and took on a life of its own.

44.    Do you have a technique in how you choose characters and/or locational settings?

Generally my characters talk to me first. I spend a bit of time getting to know the basics of that character—what motivates them—and then I sit to write. On a good day, when the muse is switched on, it’s like watching a movie in my mind and trying to dictate it to the page.

Usually the location comes to me some point later, I don’t really have a technique for that and although I like to root stories in real places, and do as much research as I can into an area, I also like to leave a certain “anywhere-ness” to my stories to allow readers to fill the blanks with their own experiences which I think is important when dealing with the fantastical elements of paranormal stories. The more “at home” the reader feels the more likely they are to believe in the unbelievable.

55.    Do you listen to music while you are creating your masterpieces?

Almost always. Usually one of the first things I do after a story has moved from idea conception to actually story (some point around 2-5k in usually), I start a playlist for the mood I’m trying to create in the book. Then when I sit to write, I use that playlist to get into the right mood. For me, mood sometimes comes from lyrics and other times it comes from the music itself. I know a lot of people who listen to classical music so that there are no words interrupting the ones on the page but I’m the opposite—usually the more noise I have going on around me in the music the more I can focus in on the words. For Through the Fire, my playlist was eclectic, from , very heavy with Dashboard Confessional, Train, Taking Back Sunday, Red Jumpsuit Apparatus and similar songs.

66.    What do you do to stay motivated and avoid writer’s block?

Ask me this on a good day and I can give you a number of techniques—music, just writing anything, character interviews, writing the scene from a different perspective. I’ve done all of these over time and all of them have worked with varying degrees of success.

On a bad day though, it’s sometimes impossible to remember and use these techniques. Sometimes the best way to avoid writer’s block is to just shut the laptop and get out of the house for a few hours.

77.    How has becoming a published author (independent or traditional) changed your perspective on life and is it everything you expected it to be? (If you are not published yet – what changes do you foresee?)

Ask me again in a few months LOL. Seriously though, it has made me appreciate the process of editing and the work that goes into creating a book so much more. As much as I’d love everyone who is interested in paranormal romances to read and love my book, I am realistic. I don’t expect to set the world on fire and have any significant changes in my life, I still see myself getting up each morning and going to work, doing what I need to around the house and carving out precious writing time after my daughter is in bed at night.

88.    What are your biggest challenges as an author?

See question seven: time. I would love nothing more than to be able to spend hours and hours writing each day. In reality, I’m usually lucky to get three hours and in that time I have to plot and write blog posts, keep up with Facebook and Twitter, read and review crit partners’ work, and write. So far, I’ve managed to average around 500 words a day in that time, which sounds really low when I put it like that, but I’m happy with considering I haven’t adjusted for holidays or days where I’ve written nothing at all.

I have one cat, Tom. He’s an anti-cat though—he loves his cuddles and adores his humans. When time and funds allow, I’d love to get a dog too but at the moment we don’t have adequate fencing or time for a puppy. My dream pet is a miniature dachshund, although I couldn’t honestly say why.

110.  What hobbies do you have outside of reading and writing?

Is travelling a hobby? If so, than that.

111.  Where is the most exciting/memorable place you have been in the world?

So far, London. As much as I’ve loved all of my travels around Australia and New Zealand, there’s a sense of history that London has that Australia just doesn’t. I’m not talking cultural history as such because I know there are a number of significant Aboriginal sites, but the architectural history in London is just so mind blowing. I can easily recall the feeling of walking near the Tower of London and reading the signs which declared the dates various part of it had been built. It’s hard to put that sort of experience into words but it made my life, and my place in history, feel both insignificant and incredibly important all at the same time.

112.  Tell us about your latest work in progress or most recent published work…

My current work in progress is a twin series called Daughter of Fire and Son of Rain. The first book in the Daughter of Fire series Through the Fire is due for release in 2014 (join the BDP newsletter for more information on the release date and a 10% discount http://www.bottomdrawerpublications.net). The Daughter of Fire series follows Evelyn “Evie” Meyers as a former love interest, Clay Jacobs—who is also the most dangerous man she knows—forces his way back into her life with devastating consequences. The Son of Rain series tells the story from Clay Jacobs’ side. Although both series travel the same timeline, they have very distinct paths. 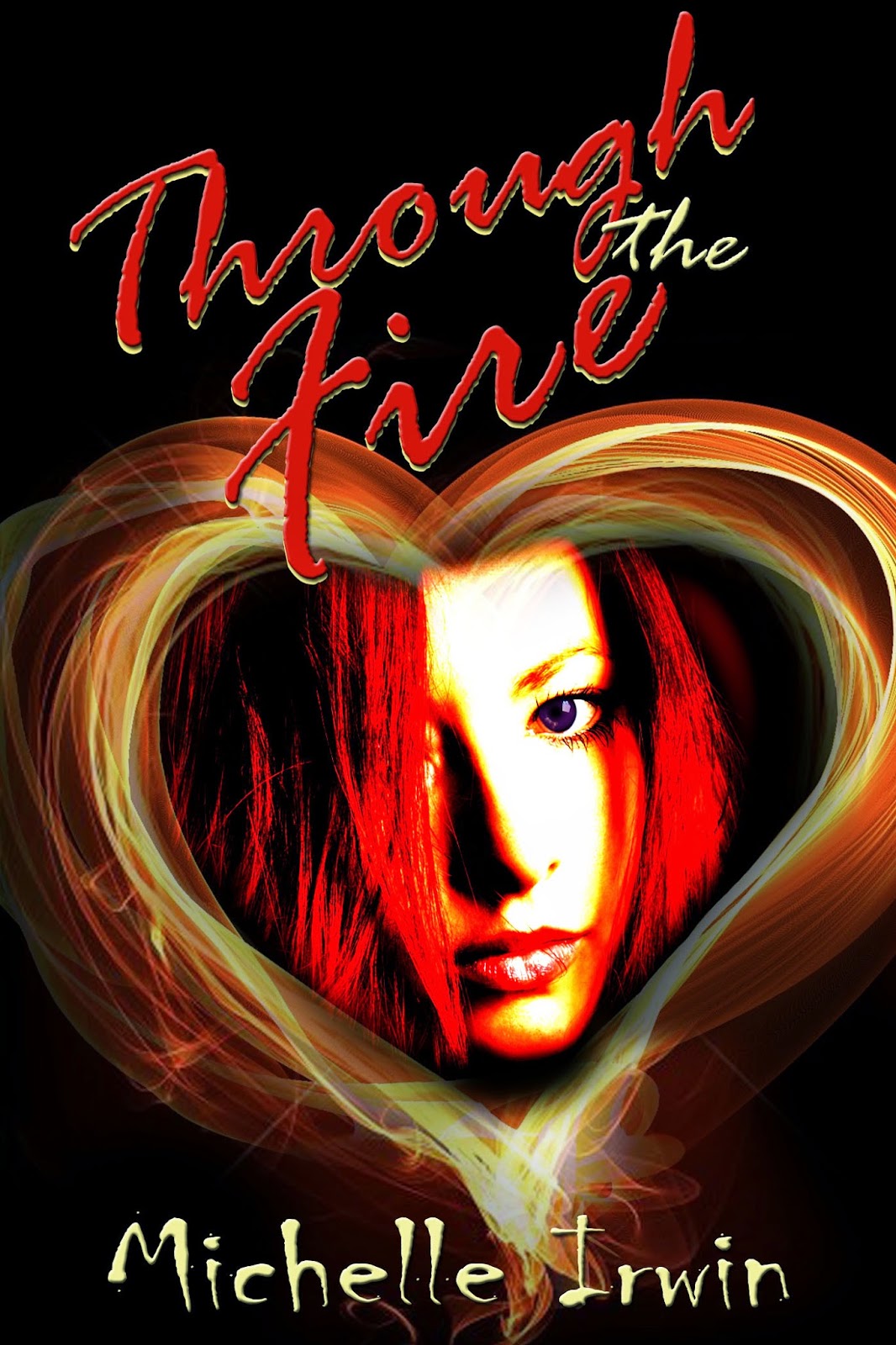 The official blub is:

Evie Meyers’ life is one spent on the run. Every minute of every day, her life is in danger if anyone should suspect the truth about her ancestry. Her father was willing to risk everything to keep the truth hidden, even from her, but the lies he fabricated were exposed when her high school crush, Clay Jacobs, inadvertently stumbled upon her secret. His discovery puts Evie at risk from a secret organization tasked with washing the world clean of nonhumans—and Clay is one of its deadliest soldiers. Forced into a war she doesn’t understand, all because of what she is, Evie is left with no choice but to flee with her father to escape persecution.

When Clay reappears in her life, battle scarred and mysterious, Evie is unprepared and terrified as he forces his way back into her heart. When the battle catches up with her, and a tragic accident tears apart the peace she discovered, she finds herself alone and without the protection of her father, or her lover. Now, she needs to keep her secrets hidden and learn to survive on her own in a world that wants her dead, all while searching for the missing piece of her heart.